I’ve made a project in the woodshop every year of Elijah’s life. That’s kind of a hard trend to break. The first year was a table and chairs and ever since then, I’ve made something from the Wood Magazine construction sets (end loader, dump truck, semi lowboy and dump trailer). I stuck with that theme this year and made the skid steer. I was crunched for time and it was a small project so it seemed like a good fit. Thanks to Tim for giving me some scrap maple so I didn’t have to make a run to the lumber store. Follow him on Instagram under the @woodscreekwoodworks account.

The project went pretty smoothly, but, again, I felt like the instructions could have been better. There was too much precise cutting and hoping that stuff lined up later. Why not just leave it all a little long and then flush it up later? I need to get better at building stuff in my head to recognize these opportunities.

I bought the kit that provided all the hardware and wheels and it came together pretty quickly. With these toys, I’ve learned to mill up lots of extra wood so that I can have another crack at it when things go wrong and that skill proved useful here.

Some day I won’t be able to post this stuff early, but for now, Elijah doesn’t read my blog so I can show you a picture early. Merry Christmas! 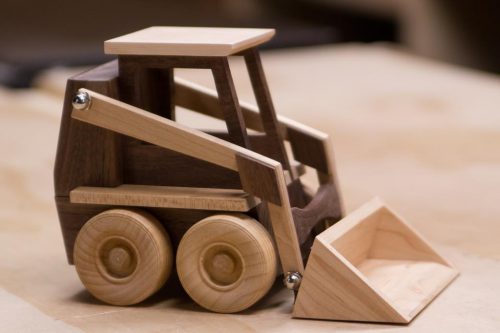 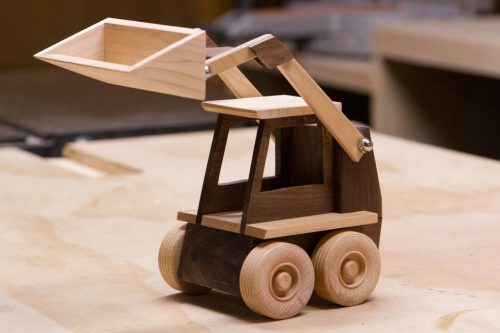 One thought on “Wooden Skid Steer”