Since Elijah was born, it has been really easy for us to get into a rut of trading off watching him on the weekends and “getting stuff done.” While that is important, it’s also important to take time to grow together as family. This past weekend, I surprised Tyla by suggesting a trip to the zoo. I’m pretty sure she’d go every day if she could, but I’m usually the holdout.

The day was a bit wet and cool (the opposite of everything we’ve had for the last two months), but that was good because it meant that the crowds were really low and the animals were very active. When it’s hot, they just hide away in the shade. Every single exhibit we visited featured very active animals! Elijah knew a bunch of animals that he wanted to see and impressed me by walking through the pretty big tunnel by the meerkat exhibit. He’s really interested in tunnels right now so that was a big hit. If you ask him what he did at the zoo, he says “Walk through tunnel!”

The zoo no longer has elephants, but the new (to me anyway) tiger exhibit was pretty impressive. The zoo also has some lion cubs that were born last fall and they were really playful while we were there.

We only stayed about 2.5 hours because he has been getting up so early and was ready for a nap, but it was a good family event. 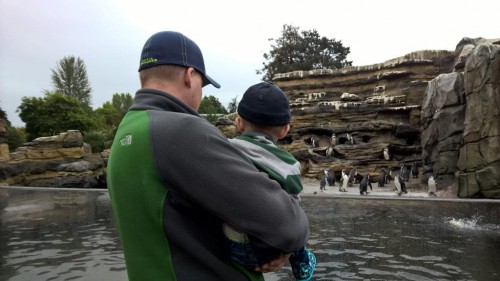 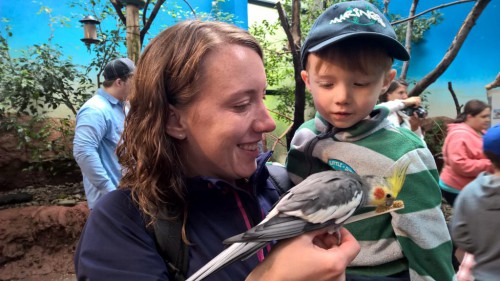 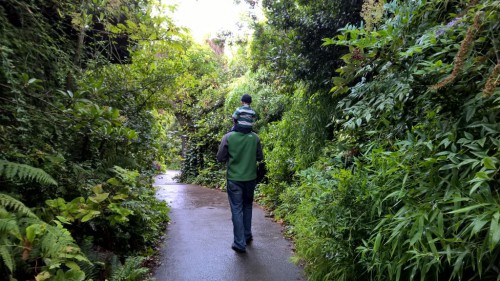