Up until this year, I’ve been carrying Elijah in a hiking backpack when I go on hikes. He finally got too big for it, so this is the year he transitions to walking. While I enjoyed being able to take more adventurous hikes last year, I’m excited to see if he’s still interested in hiking when he has to do the walking.

I decided to start off with Twin Falls for his first hike. I believe I’ve done it three times before and there is a lot to see along the whole trail. It starts off following a river, climbs up a hill through some big rocks and then quickly ends up at the falls. He did great on the entire hike, never complaining. I had told him that he could say when he wants to turn around and he asked for that about a tenth of a mile from the first waterfall. I encouraged him to keep going and we made it. That first set of falls has about 100 stairs going down to a great lookout, so I told him that if he walked down, I’d carry him back up. We didn’t make it to the bridge a little farther up the trail but I’m still calling it a success because, other than the stairs, I never had to carry him. He hiked quite a bit faster than some older kids who started at the same time as us too. I didn’t have my Garmin watch with me, but I’d guess we covered about 2.5 miles.

He hasn’t asked for another hike yet, but I’m hoping to get him out at least once more. I picked up a hiking with kids book to get some good ideas. Maybe next time I’ll work on picking out clothing that doesn’t clash so badly. 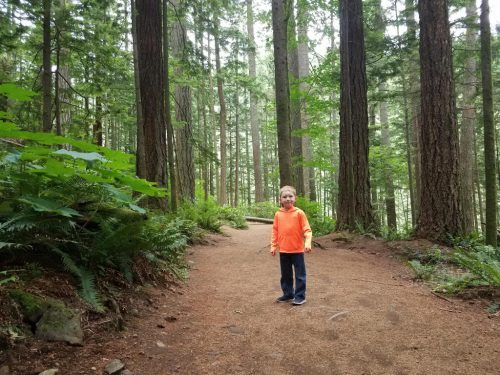 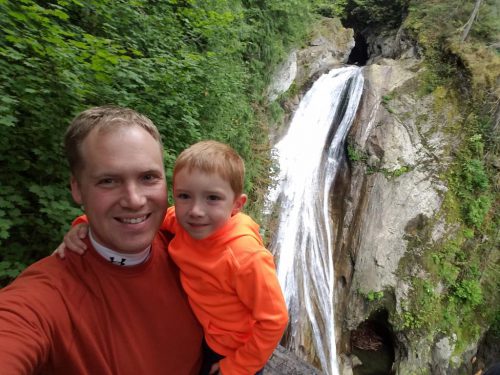 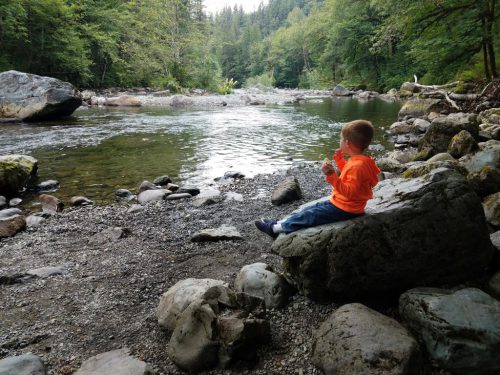