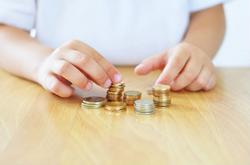 I’ve been happily using Mint.com to track my finances for the last three and a half years. One feature they offer is the ability to download all of your transactions. I did that, popped it into Excel, and found some interesting stats. Note that these are for 2012-2014.

If you don’t have an idea what your spending would look like in a similar study, I encourage you to at least sign up for Mint and let it start tracking your spending. Knowing where your money is going is the first step towards making important decisions that could dramatically affect your life.

P.S. It might sound a bit crazy that we go to the grocery store every two days. It turns out that going there is a great activity with Elijah. He enjoys it and we can either walk or drive because it’s less than a mile down the street. It also gets us out of the house so Tyla can have some quiet time to herself.