Elijah is a farm boy born in a subdivision. He LOVES tractors. He’s in heaven when we go back to Indiana because Dad and Mom have three tractors at their house. They have two John Deere lawn mowers and one Alis Chalmers WD 45 which Elijah has named Otis.

Elijah was already enjoying riding those around the property and even driving one of the John Deere tractors by himself. Then we met up with my high school buddy Scott. When I was in high school, his family owned a Deere dealership. Since then they sold it but they still own/manage the dealership and they have a bigger/newer shop. They sell everything from lawnmowers and blowers to top of the line combines, tractors, seeders and sprayers. Scott is the resident expert on their GPS equipment which is fun because that’s what I did in my internship at John Deere. It has changed a LOT since then.

We chatted with Scott and his dad for a while and then headed outside. Scott tossed me the key and told me to take Elijah for a drive in anything he wanted! Our first pick was a fairly new 8245R. Back in high school I used to help Scott’s family on the farm a little bit but it has been a very long time since I’ve driven anything like that. Thankfully he gave me a quick tutorial on all the buttons and switches and we were off on a quick tour of the parking lot. After that we climbed around in a combine (complete with refrigerator) and then took a 5000 series tractor with a bucket out for a longer drive. Elijah loves the smaller tractors with a bucket and no cab. Scott asked if there was anything else we wanted to drive and for some reason, Elijah wasn’t interested in any of the other huge equipment they had (bummer!) but he loves Gators. Scott found one of their brand new, high end models and let me take Elijah and Tyla for a ride. Those things FLY! He said a guy in their shop had it up over 50 but I kept it under 40 with a three year old sitting on my lap.

It was a fantastic outing. At the end of the day I asked Elijah for his favorite part of the day. He said, “Mr. Scott is so nice! He let us drive TRACTORS!” Thanks Scott and Ken! We loved it! 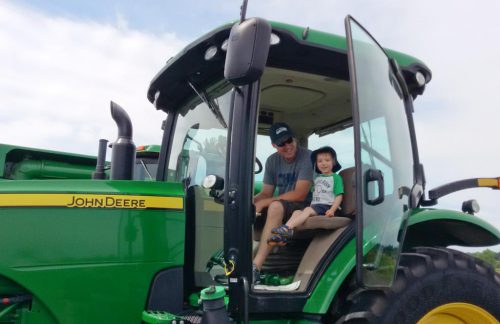 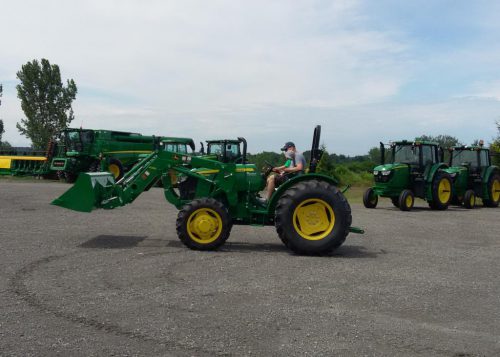 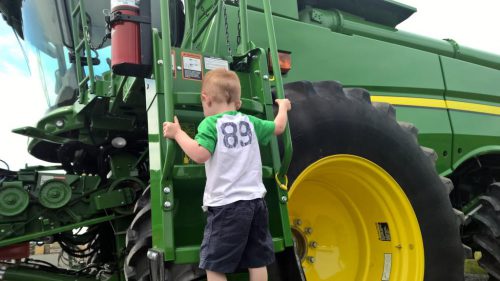 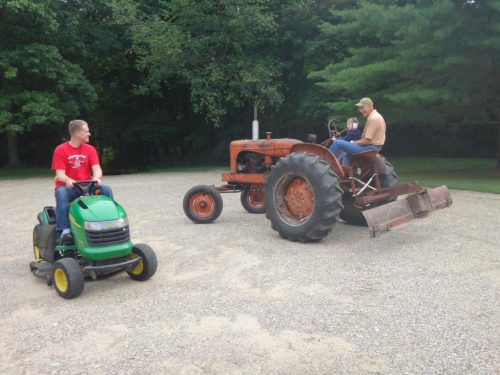 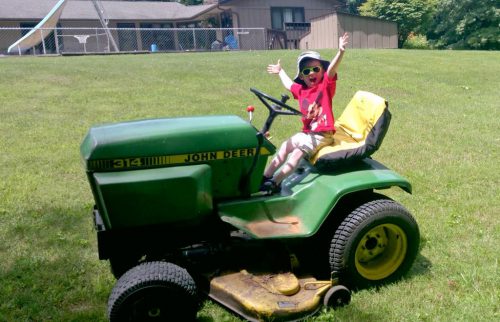