I’ve been dreaming about a workshop rebuild that will probably happen next summer. My original plan was to build a bench down the side of the garage to hold my tools. Then I realized that it could be more convenient if I had a few rolling carts to hold the tools. They can be rolled into place when needed and then pushed off to the side when they aren’t important.

I designed this one out in Sketchup and that worked extremely well for me. After designing it out, I also laid out the cut list and cut ALL of the pieces before starting to build. It was a leap of faith but it worked out great! I didn’t have to recut anything. I was almost completely done before I realized that I had made a big mistake. When I put the tools on top of the cart, they didn’t fit!

In a bonehead maneuver, I had never actually put the tools in the position that I would have them on the top of the cart to measure the total space. I just measured the individual tools and when I did that, I forgot to include the part that sticks out of the back of the jointer. ARG!

Thankfully, the jointer and the planer only overhung the edge by about an inch. I resolved this by running a 3/4″x3/4″ piece of leftover cedar all around the top edge. I also trimmed out the rest of the cart so it looked more intentional. It looks fine and everything fits without hanging over the edge.

The drawers came out pretty nice. This was my first time using drawer slides and they work wonderfully! They were really easy to install and I got the full-extension drawer slides so I don’t have to fuss with stuff hiding in the back of the drawer.

The final touch was to build a simple attachment to hold a power strip on the back of the cart. This means I only have one plug to power the cart and I also have some extra power ports if I need them.

I want to build one more of these to hold the drill press, spindle sander and belt sander. I’ll probably use a very similar design but this time I’ll make sure that I lay the tools out and measure the total space! 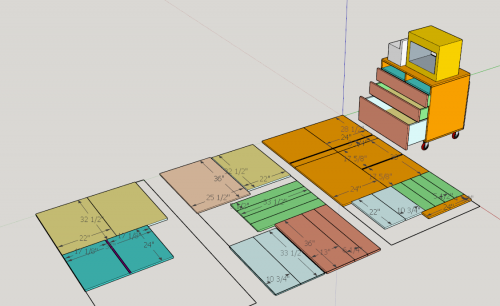 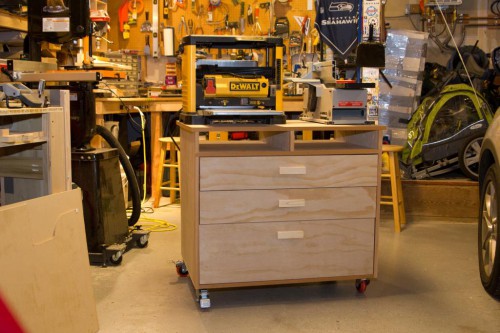 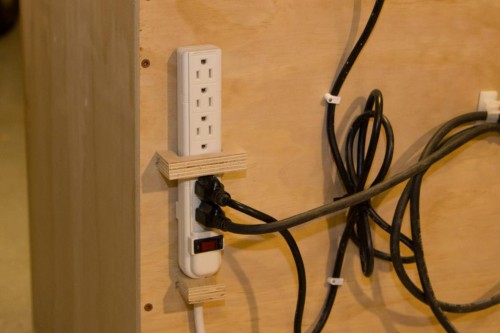 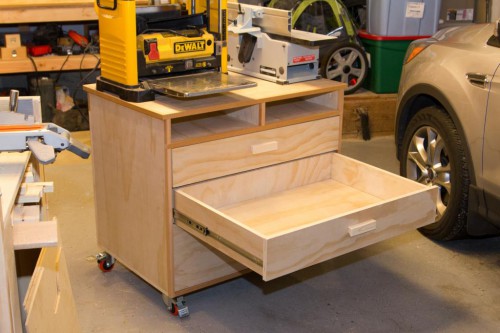 One thought on “Tool Cart”