All this nice weather had me itching to get out for a hike so Saturday morning we piled in the car and headed for Tiger Mountain. Instead of attempting the peak with a ~25 pound kid in a backpack, we did the Talus Rocks trail (#8 from Beyond Mt Si).

Elijah did a fantastic job on the trip. He rode calmly in the backpack the whole time and talked nonstop. The most common topic was about which trees had fallen down and which ones were “good strong trees.” I think he’s slightly nervous because we’ve seen some trees falling (even on a car) so this was his way of working through it.

We made pretty good time on the hike with only one quick stop to shed some layers. The trail from the main West Tiger 3 trail over to the Nook Trail was pretty much covered in trees and we bushwacked a bit around some closed areas. Eventually the deer path or whatever we were following ended up back on the main trail and we continued along. The nice thing about Tiger Mountain is that as long as you understand the basic layout of the main trails or if you have a map handy on your phone, it’s pretty hard to get lost because there are so many well-travelled and well-marked trails.

We covered 3.3 miles and averaged 2.4 mph. Hopefully this was just the first of many hikes for the season! 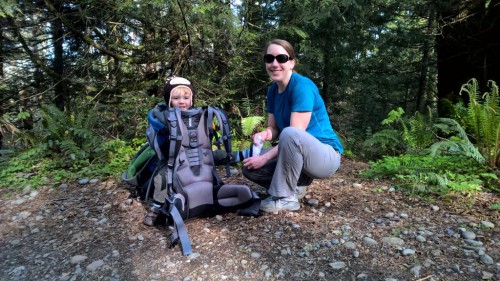 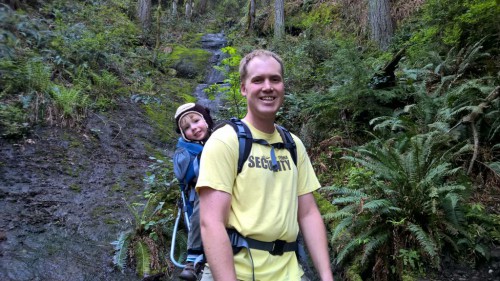