Seattle is in the middle of an enormous construction project. I haven’t kept up with the details, but my general impression was that it was a financial disaster. I spent a little time doing some research into the current state of the project and how far it has come:

I get why people thought this was a good idea. It would be beautiful to hide all that traffic and really beautify the area, but the discussions now are not around what would be beautiful, but rather, when should they cut bait and run. And of course, if they do decide to stop, they still have the original problem of the decrepit double decker SR 99 to deal with. It’s anybody’s guess how (and when) this one will turn out.

A couple weeks ago, we had a great visit from Uncle Dean and Aunt Sandy. They came out a few years back with Mom and Dad for a week, but that was before we had our house and they had to rent a place to stay. This time we were able to be much better hosts and give them an actual guest room.

Thankfully the weather cooperated pretty well and we were able to go to Gas Works Park and the Ballard Locks on Sunday afternoon. It was great to see them again and introduce them to Elijah! 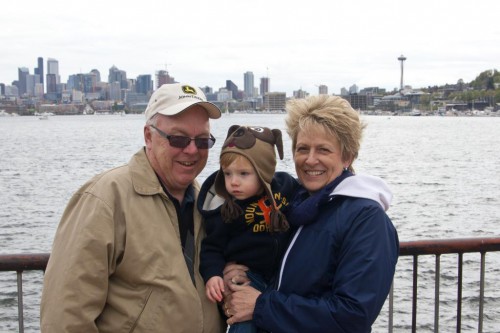 I’m an eastsider. Just about the only time I venture into Seattle is when we have guests in town. And since my parents were in town, we decided to head downtown to check out the “new” Ferris wheel. We started at Pike Place Market, walked down to the carousel, rode the Ferris wheel and then finished up with lunch at Anthony’s fish bar. Elijah woke up really early that morning but he did a great job even though he got a late nap. He was a little nervous in the Ferris wheel but ended up doing fine. We had never eaten at Anthony’s fish bar and only chose that because Ivar’s was closed during the construction on the waterfront, but I think we’ll go back. The food was good and they validated our parking for the parking garage at the art institute. Good deal! 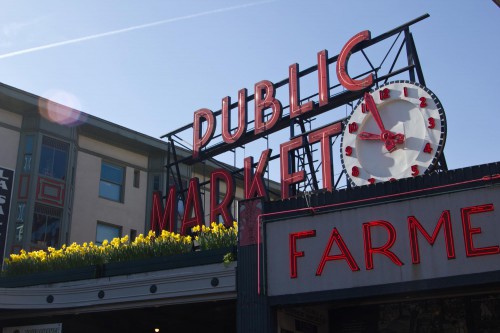 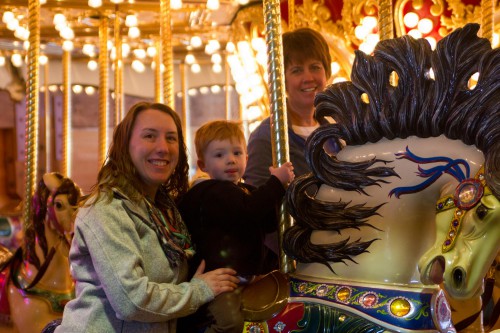 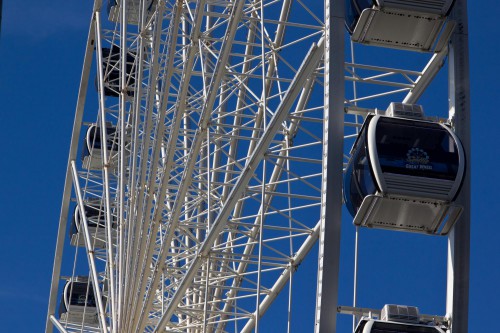 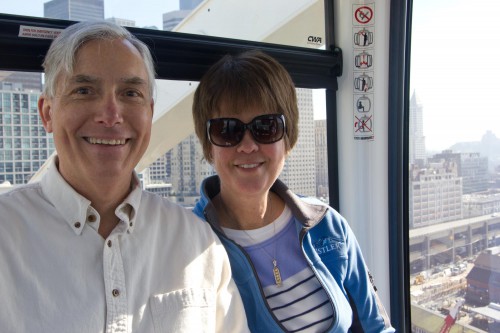