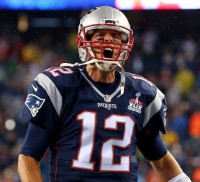 Welcome to another NFL football season! The Seahawks opened with a dramatic loss. Fans around the country cheered in the first quarter when they went for it on 4th and 1 and got a first done with a run. Fans around the country collapsed in sadness when a similar situation occurred in overtime and they couldn’t make it happen again. That Super Bowl play call is going to haunt the team forever.

Last year, the top four in our league were Austin, Jim, Tim and me. This year started off with all of those same teams (except Jim) winning. The road ahead is long and fraught with suspensions so don’t despair yet if the season isn’t start off to your expectations.

I got lucky. My sixth round draft pick QB weaseled out of his suspension and had the most points in our league. But how did all of our first round draft picks handle week 1?

Power Rankings for our league will return in week 5. My super accurate, statistically backed algorithm needs 4 weeks of data to get calibrated.

Good luck on another season!