In early 2013, I signed up for Untappd and rated my first beer in the app: Fat Tire. Since then, I’ve rode the wave of the growing craft beer scene and continued to sample new beers whenever I have the chance. Recently, I tried my 1000th different beer, so I thought I’d share some thoughts and stats from my tour de beer.

Other than the first year when I was just getting into this, I average about one new beer every three days. 2019 was more like 2 every three days as I got closer and closer to the 1000 mark.

December is the month when I try the most new beers which makes sense because I have family members who enjoy craft beer too so we regularly bring new beer to family gatherings.

Dad jumped on the app early on and then Luke joined too. Logan joined later but he’s off to a good start. (Many other friends and family members have joined as well but this chart just shows the top users that I know.)

Untappd has added more and more stops along their scoring slider but I stick to the whole numbers. I devote three values to fairly good beers and only two to the beers I don’t like as much.

Only a few beers have ever gotten a 0. One is Bud Light Lime and another is some disgusting jalapeno beer that I had at the beer festival. I couldn’t even get through my taster of it.

Overall my ratings follow a pretty normal distribution, skewed slightly toward the higher end which makes sense because I generally drink beers that I think I’ll like.

I started off enjoying mostly ambers and ESBs, but I’ve developed a strong taste for IPAs. Those dominate my fridge these days with New England style IPAs being my absolute favorite. Here is a breakdown of the different styles of beer (where I’ve had at least 10 of them) and the average rating for each one. Inside each category, I generally find both a 1 and a 5. It’s possible to make any style terrible or great.

My average ratings have increased slightly over the years as I hone in more on the types that I enjoy.

Some people seem a bit skeptical when I rate a beer but countless times I’ve rated a beer and then looked it up to find that I’ve already had the beer… and I gave it the same rating years earlier. The first 100 ratings might be a little wonky as I figured it out, but since then I think I’ve been very consistent.

Finally, let’s look at my favorite and least favorite breweries. For this list I filtered to places where I’ve tried at least 5 different beers. Kevin has the well-deserved top spot!

And here are the breweries that consistently make beer that I don’t like:

This has been an unexpectedly fun hobby. I keep saying that once I get to X different beers, I’m going to stop and just start ordering the ones I love. Maybe I’ll slow down a bit but I really enjoy trying new beers. Cheers!

I was talking to Luke recently and was surprised to find out that in his over 500 beers, he has never rated one 5 stars. That got me thinking about how we all use the rating scale. Here are some stats…

The standard deviation column gives a bit of a feel for how much each user uses the full spread of ratings available to them, but it’s still a bit hard to visualize. So I took all of the ratings and rounded them down so that there were only 6 buckets (0-5). Then I calculated what percentage of each user’s ratings were in each bucket. So effectively, the histogram below is normalized across all users so we can compare apples to apples (e.g. I rate 39% of my beers a 3 and Luke rates 61% of his beers a 3.) 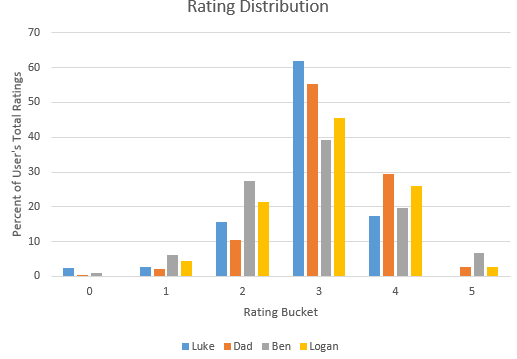 Obviously everybody has their own system for how they use the available ratings, but it does look like they are all close to a normal distribution centered around 3 which makes sense. I think I’ve written this before, but here’s how I personally use the ratings:

And since that’s how I do it, it’s obviously the right way to do it.

When I’m out walking with Elijah, we regularly go past a neighbors house down the street and around the corner. He has his garage door open a lot and it’s obvious that he has some fancy brewing equipment in there. One day I finally stopped in with Elijah and just said, “You’ve got quite a setup here. Do you mind visitors?”

The guy’s name is Kevin and he is indeed very excited to have visitors. He’s in the process of launching his own brewery and has amassed some very nice equipment. His garage has about 10 taps, a small bar, some TVs and his brewing equipment. I’ve sampled some of his beer and it’s delicious! This is not your typical home brew setup.

He said he hasn’t really started marketing anything yet, but you can follow him on Facebook at Global Beer Company. 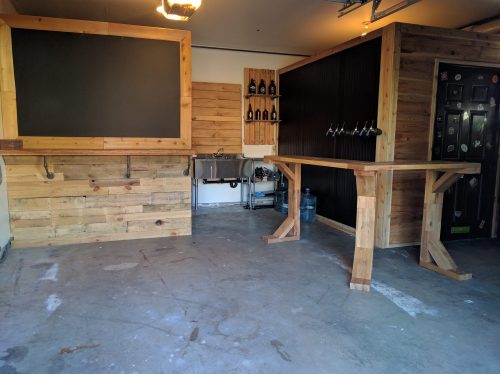 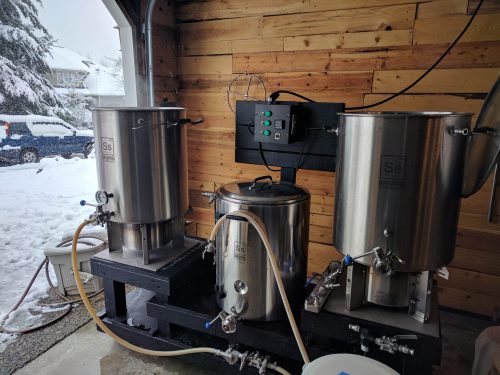 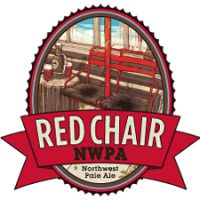 I was recently asked what my favorite beers are. To the data we go! I have tried over 400 different beers and they’re all rated in Untappd. Here are the only beers that have received a perfect score from me.

If you don’t like IPAs, then you might not be thrilled with this list, but right now I would rank Oskar Blues IPA and Deschutes Red Chair as the best of the best. You can only find Red Chair from about January to May so it’s a special treat each year.

And while we’re on the topic of alcohol, how about a refresher on my list of top rums?

Dad, Luke and I all use the Untappd app pretty regularly. Think of it like Facebook for beer. You “checkin” when you have a beer and you give it a rating. You can see what your friends are drinking, get recommendations, etc. I love it because it’s an easy way to keep track of all the different beers that I’ve tried and how much I like each one. It’s a great encouragement to keep trying new things.

I recently tied into their API and wrote a quick app that lets me download the data locally for analysis. There are lots of questions that I want to answer, but here are a couple fun charts to get started.

The first is a chart showing how many checkins we’ve each had by IBUs (International Bitterness Unit). It doesn’t show how much we LIKE them, but it does show which ones we generally try.I’d love to expand this to show how this has changed over time.

Here is one showing the cumulative number of checkins we’ve had over time. This chart is a little sloppy because each user series should have it’s own color, but there are only three of us so it’s not too hard to follow. If you look at the end of the chart, Luke is the top line, I’m the middle and Dad is the bottom. You might think that after a while, you run out of new beers, but if that’s true, we haven’t hit that point yet. We’re all on a pretty steady upward trajectory.

I took a look at which beers have the highest combined score from the three of us. The beers with wider distribution are more likely to win because to get to the top it helps if we’ve all tried it. Since I’m out on the west cost and they are in the midwest, most of the time our beers don’t overlap unless they are bigger breweries. Here are the top six in order.

Looking at the bottom of that list is a little silly because there are only 40 beers that all three of us have tried. I expanded it out to beers that at least two of us have had. There are 129 in that list and here are the bottom three. I bet you won’t be surprised.

I’m looking forward to playing around a lot more with this data. If you want access too, just let me know.