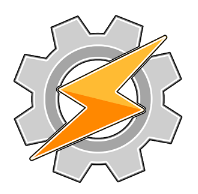 What if your phone automatically silenced itself when you walked into church? Or what it if it turned the volume back up when you got home? Those are just a couple of the ideas I’ve been able to implement using Tasker on my phone. The app gives you a big list of states to monitor (I’m connected to this WiFi router, I got a phone call, etc) and then you can specify what action you want to take in response. The concept is simple but the possibilities are endless.

It takes a little while to understand how it works and get your recipes dialed in, but it’s a great way to get really geeky with your phone and mold your environment to your whims.

I suspect a few of you already use this. If so, I’m interested to hear what you use it for. 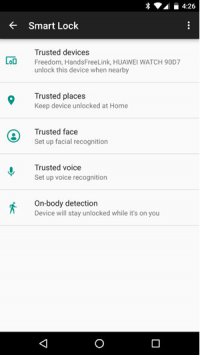 Phones contain more and more high value, personal information. If you don’t have some kind of a password lock on your phone, you probably should consider it. Tyla and I both use a password and with our new phones, we also do a thumbprint. That being said, there are some times when you know that you’re the only one who will be touching your phone and the unlocking step is annoying. Thankfully, Android has a feature for that. It’s called “Smart Lock“. You can tell Android to unlock your phone based on location, connected Bluetooth devices, and a couple others. (I’m surprised that WiFi network isn’t on there, but maybe there’s no good way to identify a specific WiFi network since someone else could set one up with the same SSID and MAC address.)

Obviously this feature should be used with care, but it’s nice to not have to unlock my phone sometimes.

Did you know that Windows 10 has as built-in feature that will allow you to receive SMS messages from your Android phone and reply to them right from your desktop? This feature is fantastic when I’m at work because I don’t have to stop what I’m doing to pull my phone out of my pocket and reply. (I’ll just have to remember to disable it when I’m in projecting on the big screen in meetings!)

To get this going, you need to have Cortana set up on your phone and on your desktop. There are plenty of websites that cover this, but here are a couple tips:

Now when you get a text, you should get a toast notification with the contents of the message and you can reply right from that box. You can also open up Cortana on your computer and type (or say) “Text Joe Blow Will you bring beer to the game tonight?” Note that after I set this up, it took 5 or 10 minutes before it started working but now the messages show up on my desktop within a couple seconds of my phone buzzing. 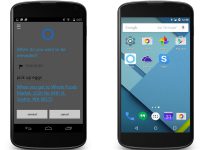 This isn’t my first post about my new Galaxy S7 and it probably won’t be the last, but I have some more thoughts about the phone and about Android in general:

Back in July I announced that we’d be switching to Android when our existing contracts were up. That time has come and we’re both using Galaxy S7’s. This won’t be the last post on the topic, but let me get some thoughts out of my head:

All in all, I’m happy with our choice, but I’ve been putting in a lot of hours to get the phones configured nicely. Tyla and I have shared calendars, contact lists, etc and it’s tricky to get that all configured in the Android ecosystem. I also have a long list of “how do I do X in the new phone” from both myself and Tyla. I’ve spent quite a few hours in the evenings chugging away. The nice thing about Android is that everything is possible if you can find the solution.