I’m a data nerd and I love to dig into the fantasy stats a little deeper. Here are some records and stats from this season:

Dad asked for a rundown of our average finishes. I went back through 2012 which is when we started having the current group of teams and here’s what I came up with.

And finally, here are the top players in the league for each position:

This has been a very frustrating season to watch the Seahawks. They were supposedly playing an easy game and ended up playing terribly. It feels like somebody flips a coin before each game and they’re either a Super Bowl contender or the Browns. They better not lose to the 49ers. Ugh.

Congrats to Logan for winning our league! He had the highest total point total in the playoffs and ended with a six game winning streak, so it’s hard to argue that he deserved the victory. The final standings are:

This is Logan’s second championship and breaks Austin’s attempt for a 3-peat. Here’s an update on our championship count since 2007:

I’ll probably have more stats for you in a couple weeks. 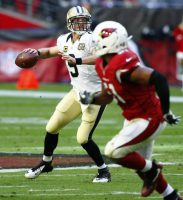 There are two different Seahawks teams that show up to play. This week it was the good one and they won solidly over the terrible team that always beats them: the Rams. The Rams were in quite a bit of disarray after the firing of their coach but they kept up their streak of ridiculous trick plays. I loved Pete Carrol’s fake punt when it was totally pointless and unexpected. That’s about 100 trick plays for the Rams to 1 for the Seahawks. Kick ’em while they’re down. I support it… except for the ending of that play with Ryan unable to run and carry a ball at the same time and then ending up in the hospital. This team is goofy this year. This article does a good job of summing it up.

In our league, Logan beat me and Austin beat Andy. I know that this happens to everyone, but I literally made a last minute roster change that lost me the game. AUGH. Every time I do that, I think “This is dumb. I always regret it.” But then I go on to convince myself that this time is different. I need to write a bot that automatically undoes my last roster change. But I’m not bitter.

Austin and Logan will face off for the championship. Sound familiar? It’s a repeat of last year’s championship game. That time, Austin edged out Logan for the win. The power rankings say that Logan has the advantage, but we’ll see who comes out on top this year.

Luckily for me, I had my house full of Packer fans on Sunday. That made the disastrous game even more fun to watch. But seriously, I think we can stop entertaining notions of any Super Bowl run. It’s not going to happen. My prediction is Dallas vs. New England.

Our league had, by far, it’s lowest output of the season. Three teams set their individual low scores for the season. It was close too. Two games were decided by less than 0.7 points! Logan and Austin seem to be peaking at just the right time. Logan is on a four game winning streak and this is the first week that Austin has had either the high or low score of the week. The playoffs will feature Andy vs Austin and Logan vs me. The consolation bracket features Tim vs Dad and Luke vs Jim.

Here are the power rankings at the end of the regular season: 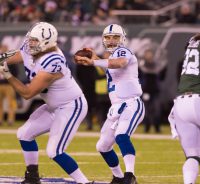 Now THAT Seahawks game was fun to watch… mostly. It was a dominant 40-7 win with good turnovers on defense, good blocking from the offensive line, and great runs and passes. The only obvious downside was the season ending injury to Earl Thomas. He’s a fantastic player and big part of the defense.

In our league, the big logjam at second place was broken up. I defeated Andy, Logan beat Austin and Luke beat Tim. The net result is that Logan and I are now tied for second by record and Austin and Tim are tied for fourth by record. Andy has officially clinched a playoff spot, but Logan and I are effectively in unless something crazy happens because we have so many more points than Tim. Fourth spot is still up for grabs. If Austin wins, he’s in. If Austin loses, either Tim or Luke could snag that final spot. Thank you to Dad and Jim for hanging in there. Your games are deciding the makeup of our playoffs!