I lived much of my life not realizing that gas has a relatively short shelf life. I figured it out by sending one of church’s mowers to the mechanic because it was running terribly. The result? He replaced the gas and it ran beautifully. The gas had gone bad sitting in the shed over the winter.

Common estimates say that after about 3 months, your ethanol blended gas (which is almost everything you buy these days) should be thrown away and replaced. If you put Sta-Bil or some other fuel stabilizer in it, you might get 6-12 months. The longer you store the gas, the more water that the ethanol attracts. Watered down gas is a mess for your engine to deal with. At best you’ll get decreased fuel mileage and power, but in extreme cases you can really mess up your vehicle.

It’s not a big deal in cars because we generally run through the tanks of gas pretty quickly. It’s a more common problem in lawn equipment. During the winter months, that gas is effectively rotting in your shed and gums up your carburetor.

To help avoid these problems, I do a few things:

It costs a little extra but these simple steps can save you time, headaches and money. 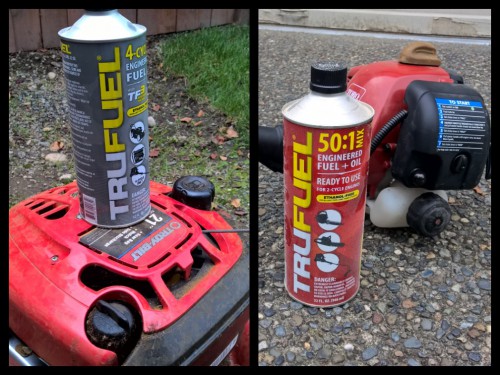 P.S. It feels like I just wrote an eHow article. Ew.