We survived Snowmaggedon 2019! February was the third coldest February on record in Seattle and all that cold weather meant that our normally wet weather ended up being snow. The snow kept coming and coming over many days and schools were closed for the majority of two straight weeks. The official total ended up being around 20″ which puts it just behind the 2008 storm and almost double the 2012 storm.

Thankfully it didn’t have a huge effect on us other than some canceled school days. We had plenty of food in the house and we were able to restock easily by walking down to Safeway. I kept waiting for the power to go out towards the end of the storm cycle when we had a really heavy snow, but it never went out for more than a few seconds. I guess I’ll have to keep waiting to use my fancy transfer switch that lets me plug the generator right into the electrical panel.

Elijah LOVED all the snow. He spent a ton of time outside with Tyla sledding down the street, building forts in the snow piles and playing with all the neighbor kids. A huge thanks goes out to Tyla for all the time she spent playing with him! 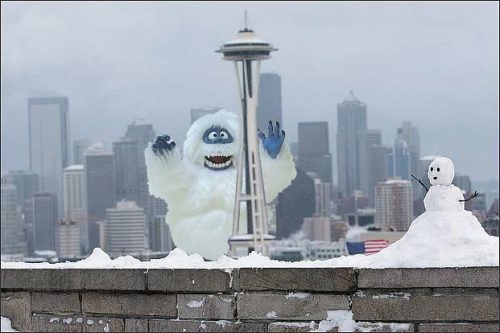