Seattle is a very mild climate. The ocean and the sound keep us warm in the winter and cool in the summer. That being said, every once in a while, cold weather aligns with wet weather and we get snow. It hasn’t happened in a few years, but if we get enough to cover the roads, it usually shuts everything down. I made fun of people for this when I moved here, but quickly learned that it really is hazardous. The roads usually start wet, then freeze, then get covered in snow. There are hills everywhere and oh yeah, there are only a handful of plows to cover the entire area. Thankfully a few years ago they changed the laws to allow the use of salt on the roads.

Anyway, we finally got a good snow the other day and it was perfect timing for Elijah to play in it. He has seen snow a few times before, but never at our house. We headed straight out as soon as we were up and he played in the snow with Tyla from 7:30 until noon with only a short break to warm up and change clothes. We had a couple sleds in the garage and those were a big hit. There were some roads in the neighborhood that were steep enough for sledding. All of the neighbor lawns were quickly covered in snowmen. Elijah had a lot of fun telling me about his big snow day! 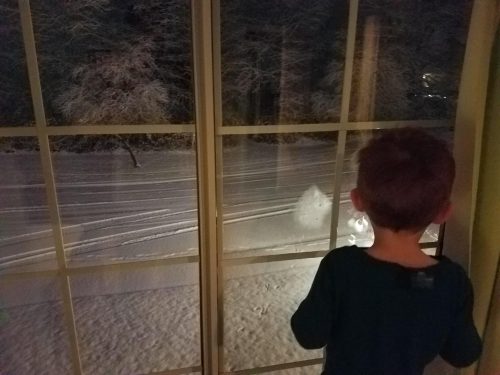 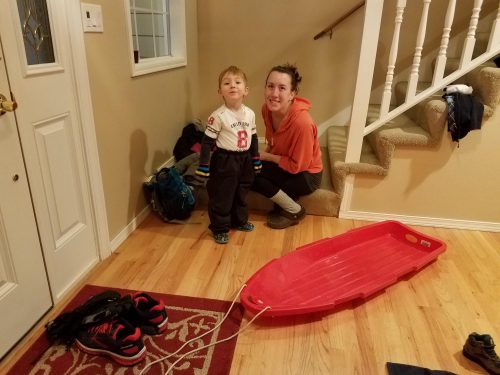 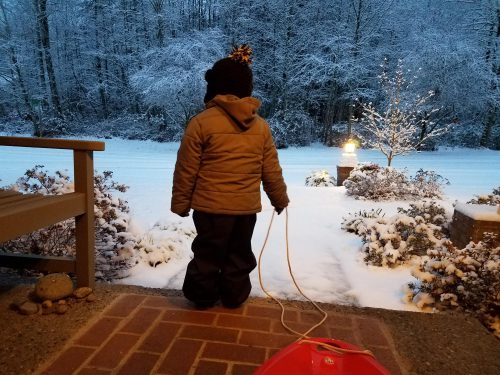 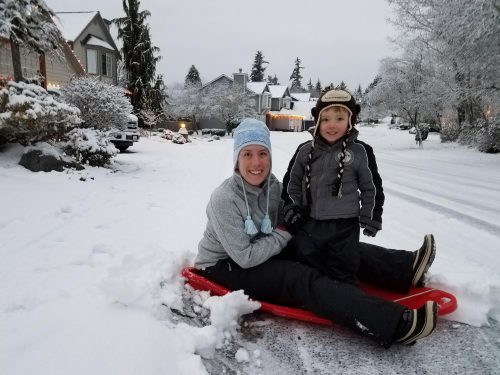 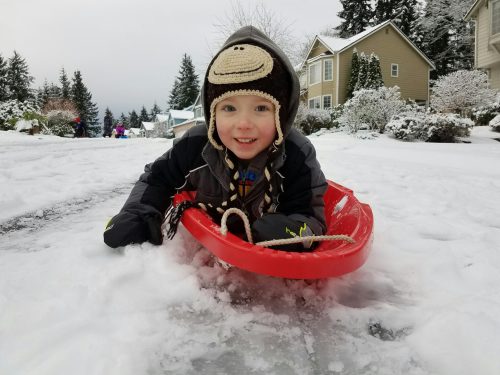