The city of Redmond puts on a parade/carnival called Derby Days in July every year. Tyla and Elijah have gone in the past but this was my first year. We went there mainly for the parade and Elijah loved it. In true Redmond style, it was full of politicians and special interest groups, but that all went over Elijah’s head and he had fun watching everything go by. His favorite were the fire trucks at the beginning and the street sweeper at the end. A local Mexican restaurant, Ixtapa, had a fantastic showing with lots of dancers, a mariachi band and 20 horses.

After the parade we walked past Ooba’s Mexican restaurant. They have an outdoor restaurant and Elijah said “That looks delicious!” It was almost lunch time and Tyla and I love that place too so we stopped in. Elijah ate more food than I think I’ve ever seen him eat in one sitting. It was great to see because he was very sick for almost a week before that. He’s obviously rebuilding a lot of the mass that he lost.

We headed back to the car after the parade without checking out too much of the carnival, but it was a nice morning and we avoided the rain that came later in the day. 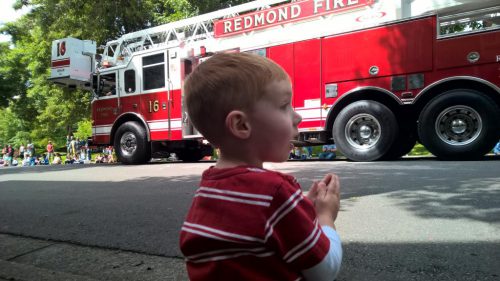 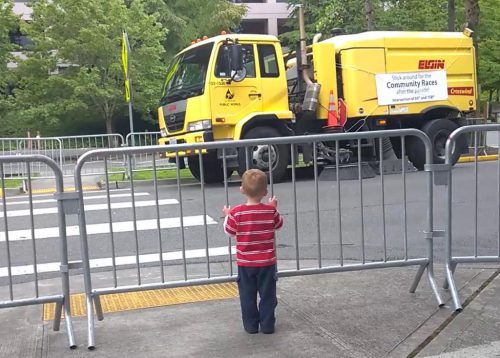