Logan invited us along on a hike and we ended up at Rattlesnake Ledge. I’ve done the hike a few times before but it was the first time for Logan, Tyla and Elijah. The hike provides a great payout for a moderate amount of effort which means that it is usually very crowded and that day was no exception.

I carried Elijah in the pack all the way up and most of the way down. He was happy to walk part of it, but it was really slow going since we had to stop to get passed both by people heading the opposite way but also by people who were going the same way as us. So he just bopped along (heavily) in my backpack.

It really is a beautiful hike and the consistent climb up to the top is nice versus a hike that alternates between flat and steep sections. The crowds get to me after a while though. I prefer the hikes where you only see a couple other people but there are reasons why those trails are more sparsely populated. I’ll have to get used to these easier busier trails for a while as Elijah learns to hike on his own. 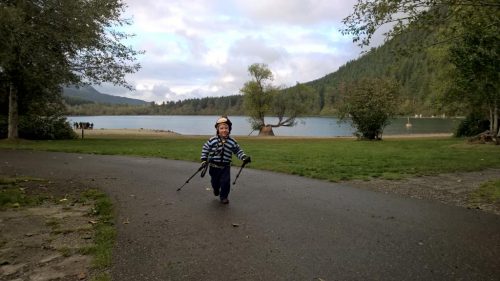 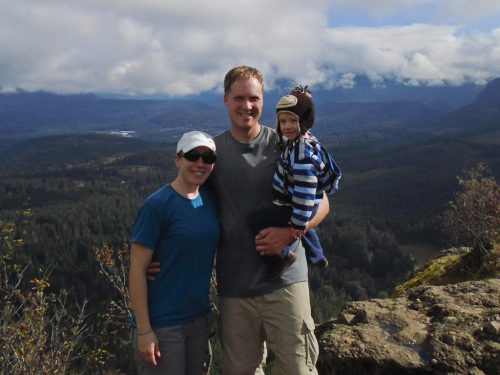 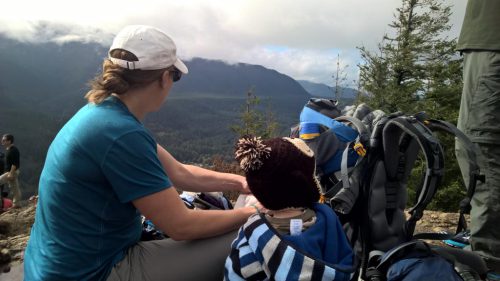 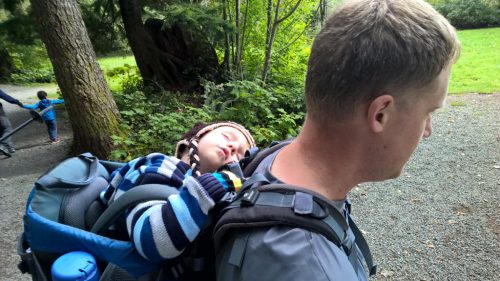