Tim turned me on to Plasti Dip. It’s kind of like a spray on rubber coating. I’ve toyed around with it a bit in the past, but I really liked what he did on his truck by covering the emblems with it. So I decided to copy him.

One of the great parts about Plasti Dip is that you can just peel it off whenever you decide you don’t want it anymore so there’s not a lot of concern with applying it incorrectly. The consensus on YouTube seems to be that you mask off the area around the emblem but leave a buffer around the emblem. You spray four or five coats onto the unmasked area and then carefully peel off everything but the emblem. Here’s a link to one of the videos that I found most helpful.

I did excatly that and it worked remarkably well. There were no problems geting it to break right at the ege of the emblem. I love the way it turned out and now I want to do the rest of the badges on the truck. The two F150 emblems by the side mirrors should be similar but I’m still deciding about the Ford emblems. I think it would look neat to only Plasti Dip the blue part of the emblem but that’s a bit tricky. 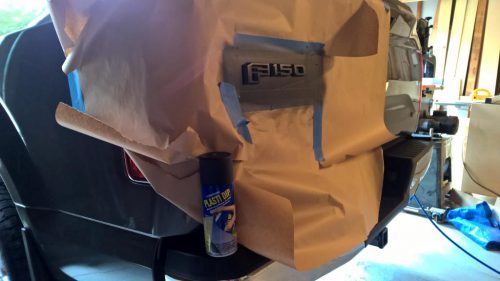 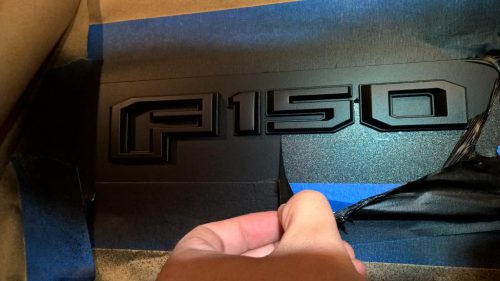 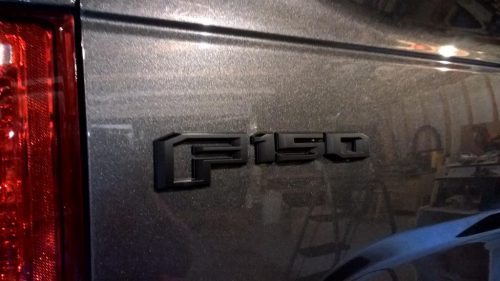