The truck is here! I got a call Saturday morning saying it had just arrived on the train at the depot in Kent. They put a rush on it and I got to pick it up on Sunday afternon. Kudos to Evergreen Ford in Issaquah for helping me do a bunch of the paperwork by phone and email on Saturday so that Sunday went faster. That was really appreciated since we had Elijah in tow.

The final deal went very well. When you order, you get the rebates and factory incentives at the time of the delivery. That equated to $4200 in extra savings that I hadn’t planned on! They gave me a fair deal for the Subaru and incorporated a change to our previous agreement because Uncle Mark was able to let me use his A-plan family pricing deal. Ford temporarily extended it to nieces and nephews. Yay!

I got out without paying any extra money except I did add mud flaps and the spray in bedliner. Both were planned purchases at some point in the next month so I just tacked them on there. It’s in the shop today getting those things done.

I’ve only had it for a couple days so I can’t give a full review, but I have no buyers remorse. The Sync 3 system is a great improvement over Sync 2 and it will get even better once we switch to Android phones this winter. The truck drives nicely and the big backup camera view is a help trying to maneuver this beast into parking spots. But enough jibber jabber, how about some photos? 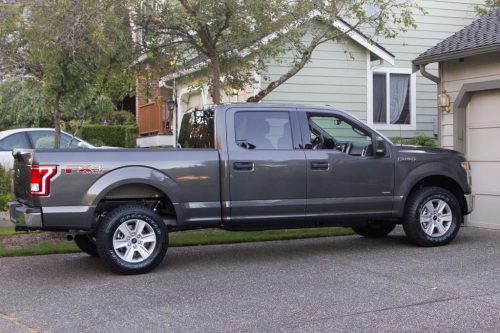 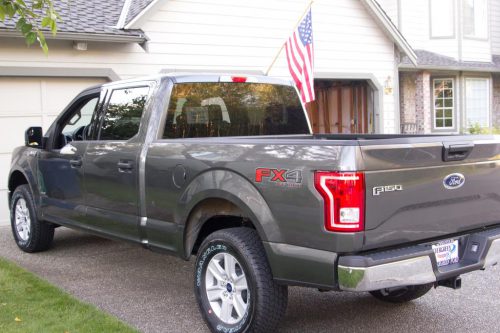 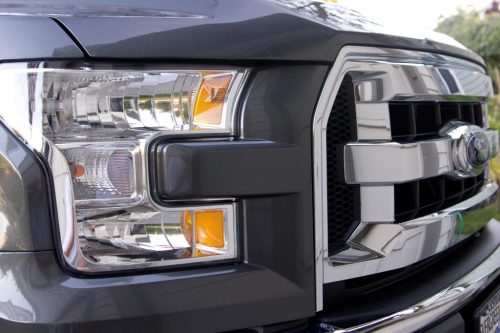 One thought on “New Truck”