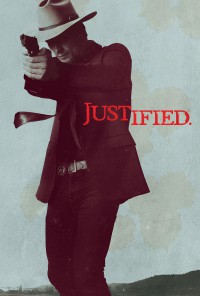 I finished all six seasons of the Justified TV show.The whole series (except for parts of season 4) are excellent, but wow, the ending is a doozy.

The show is set in Harlan, Kentucky. It’s a little blip on Highway 421 which, coincidentally, is the same highway I used up in Indiana to get between college and home. They play a lot of the song “You’ll Never Leave Harlan Alive”. It got me to wondering if the song written for the show or if the song came first.

It turns out the song was released in 2001 by Darrell Scott. The show, which came in 2010, featured three covers of the song from Brad Paisley, Dave Alvin, and Ruby Friedman.

Harlan shows up in a few other songs from big name singers including the Steve Earle song “Harlan Man” and the Anna McGarrigle song “Goin’ Back to Harlan” (covered by Emmylou Harris).

I’ve never been to Harlan (you can tell because I’m not there now and I’m still alive), but I don’t think it looks much like the scenery in the TV show. That bugged me. The show is filmed in California and it’s pretty obvious from the terrain and the foliage.

But aside from that minor stumble, this is still a great show. Thank you to Ken and Logan for reocmmending it to me over and over until I finally watched it. All six seasons are free on Amazon Prime so it’s easy/free to get into it.