I use that word “vacation” lightly. It’s true that I wasn’t at my normal day job, but I spent the trip doing more physical labor each day than I normally do in a week (or a month!)

Dad and Mom already have a two car garage, but they are adding on to the end of it to have a nice shop work space and another garage bay to hold their tractors. It will be a huge win for them to keep their Allis Chalmers WD45 in the garage instead of under a tarp near the woods. Other than having the foundation poured, Dad is doing almost all of the work by himself. It’s a huge undertaking and this was a fun opportunity to make some memories with him.

Luke, Rachel and David were there for the first couple days. It was fun to see Elijah and David interacting together. They’re the only cousins they have and they rarely get to see each other. David is 7 years older than Elijah so Elijah was pretty excited to hang out with David. The reverse probably wasn’t always true!

Elijah was in tractor heaven. Mom and Dad have three tractors: the big orange Allis Chalmers, a John Deere lawn and garden tractor that they got in 1981 and a newer John Deere mower that they got recently from GrandpaH. On top of that, a neighbor stopped by with his big John Deere 3320 tractor with a bucket on the front. That one came in really handy for getting material up to the roof. Elijah had a ball riding ALL of them multiple times. It was part of his daily routine and now that we’re home, he still talks about it and he uses a blanket to cover his tractors just like my Dad puts a tarp over some of his tractors.

Dad, Luke and I made great progress on the project. When I arrived, there was no roof. When I left, we had started the shingles. Dad and I both thought we’d have been farther along than that, but being novices meant that we did a lot of things twice. We kept joking that when we build the next garage, things will go a lot faster.

It was a great week. The weather mostly cooperated and nobody got hurt. Mom and Dad have continued the shingling work and are probably going to be done by the time you read this. That will be a huge step in the project. Next up will be finishing off the front wall and getting the windows and doors in. If Dad can get the building wrapped and the siding up before winter, that would be a huge win, but he’s just taking it as it comes. There’s a lot to learn along the way!

I set up the GoPro every single day and ran it all day long. I’ll do another post about how to handle these super long timelapses, but for now you can just enjoy the results. 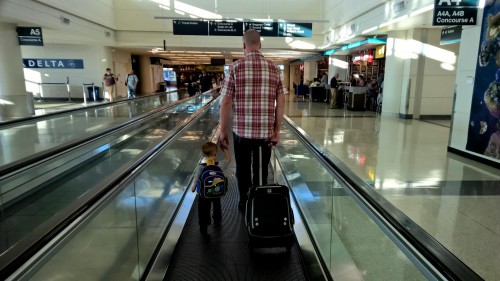 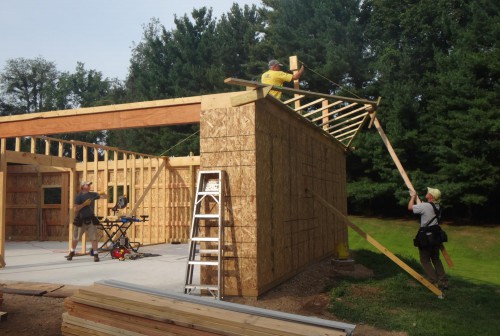 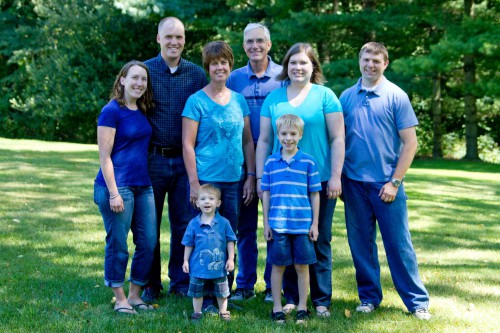 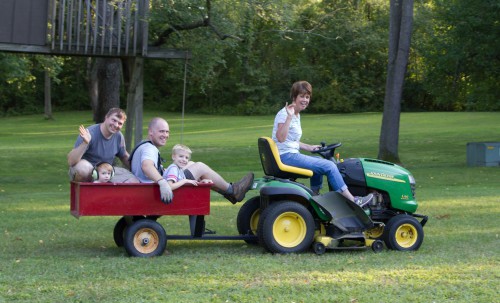 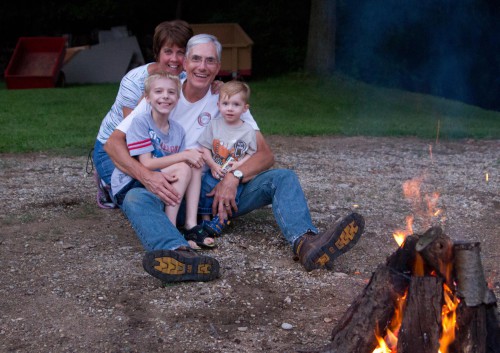 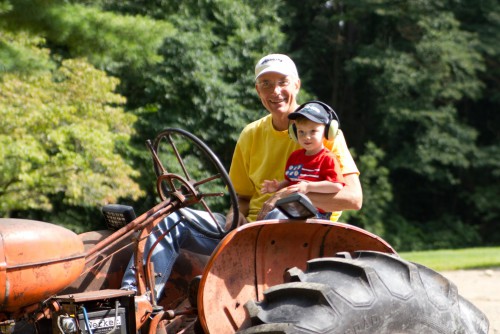 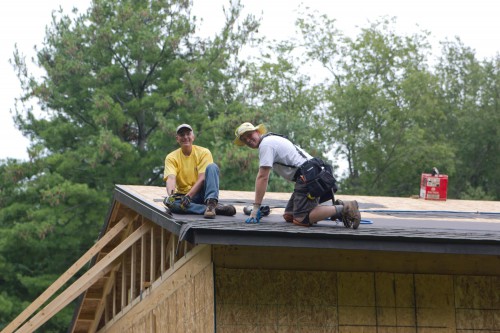 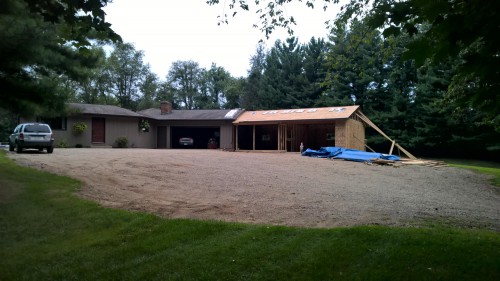