Tyla and I hiked up to the Heybrook Lookout fire tower back in 2009. This past Saturday, I got to do it again but this time it was with Elijah.

Earlier in the week I had given him a choice of a waterfall or a fire tower. The fire tower was a two mile round trip with almost 1000 feet of elevation gain so I knew it would be a stretch but he could do it with a good attitude. So all week I pumped him up by talking about going on an adventure to a secret tower in the woods. I later realized that he wasn’t very excited so I asked him why… turns out the idea of a secret tower in the woods sounds a little scary to a 6 year old.

With that mistake rectified, and after waiting for some morning rain to clear out, we hit the trailhead around noon. He was getting pretty tired by the time we neared the top but his pace was good. We passed a few groups and never got passed ourselves. He made it up in 55 minutes. We climbed to the observation deck of the tower but it was pretty chilly in the wind with our sweaty shirts so we snapped a few photos and went back down to eat lunch on the picnic tables.

The trip down took about 40 minutes which felt slow. Going up was easier for him because there were some pretty big wet rocks to climb back down and that’s tricky when you’re only 3.5 feet tall. We stopped at DQ in Monroe on the way back to celebrate our adventure. The trip was a total success! 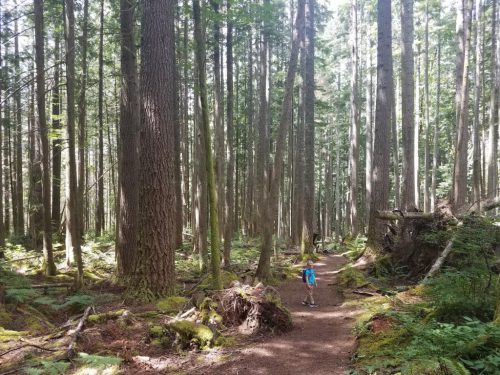 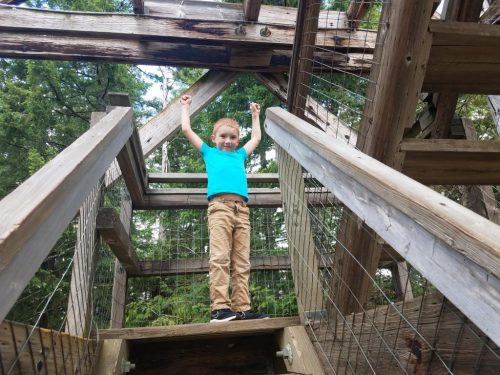 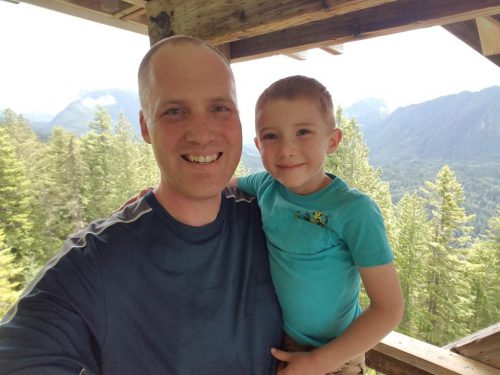