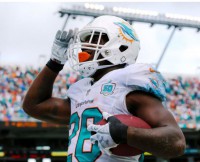 The 49ers and the Seahawks came into the game with the same record, but the Seahawks played like the dominant team. It was nice to see the offense working and Lynch getting some good carries. Both defenses put on a clinic showing how to rush through porous front lines. The win didn’t inspire a ton of confidence, but there was no fourth quarter collapse so that’s something. Here are some stats which further my belief that they won’t make the playoffs:

All of these stats come from footballoutsiders.com. They have tons of statistics and you can lose a lot of time digging through them and having fun.

In our league, my streak was almost ended by Andy. It came down to the final plays of Monday night, but I eeked out another win. Next week I have a tough game against Dad to tie Micah’s 8 game winning streak record. Dad and Logan won their games this week too and kept their tie for second place. For a while it was looking like the surprise late scratch of Jeremy Maclin from Austin’s roster might lose the game for him but Logan had enough points that Austin would have needed more than just that one change to win. After last year’s massively tied leaderboard, we have a pretty stretched out set of teams this year. We’re only halfway to the cutoff for the playoffs so a lot can still happen.

In this week’s power rankings, Andy jumped up an impressive three spots to claim the fourth slot. In weeks 5 and 6 he was in last place so he’s making a strong comeback.