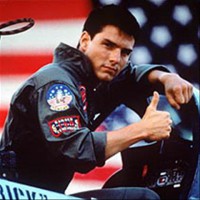 I do a lot of bandwidth speed tests, and I don’t really know why. I even know that Comcast optimizes for sites like speedtest.net to make sure your report shows you are getting what you paid for (at least on that site.) And yet, I still run the tests.

A while back, I started noticing that I was getting more than the 50Mbps down 10Mbps up that I paid for. In fact, my downstream bandwidth was more than twice that! I figured it was a fluke and it would go back down immediately, but it hasn’t. In fact, I found some news articles saying that Comcast was rolling this out across the country. Yay!

As much as I’m thrilled to be getting about 120/10 service for the same price, there aren’t many occasions where I make use of the extra download speed. I’d rather double my upload speed for doing cloud backups and uploading videos to YouTube, but I’ll take what I can get. The extra speed does come in handy for the video games that I download via Steam or on the Xbox One.

It’s a good thing they did this speed boost because it’s just enough to stay ahead of my Verizon phone. There’s one part of Bellevue where I can get over 90 Mbps down and 10 up on my cell phone. That blows my mind.

P.P.P.S. This post should be good for a chuckle in the future when everything is so fast we don’t even think about it anymore.