Elijah and the neighbor kids enjoy riding their bikes along chalk roads which basically just consist of two parallel lines (or something resembling parallel depending on who draws them). When you’re hunched over holding chalk on the ground and walking backwards, it doesn’t take long to start thinking about ways to make it easier.

On Sunday, Elijah and I headed into the shop and whipped out a little gizmo which worked amazingly well. It’s a broom handle with a 26″ long straight board across the bottom. A little over an inch in from each side, we drilled a hole to hold one of his big pieces of chalk. Then I cut a little slice through the end of the board and through the hole so that a bolt with a wing nut and clamp it shut and squeeze the chalk. The cross piece is a scrap of mahogany. That’s overkill and extra fancy, but it was a scrap that probably would have ended up in the trash and I wanted a hardwood for the clamping part.

It was a bit of a random attempt and I think the clamping part could be improved, but it worked awesome! Elijah could even do it by himself. 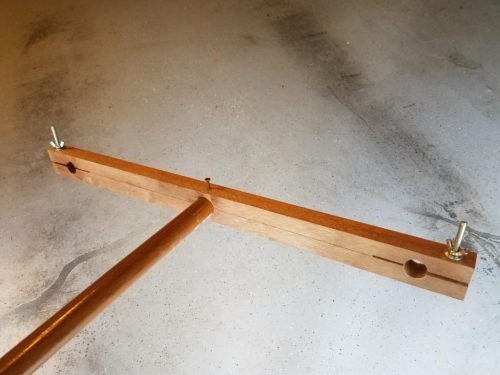 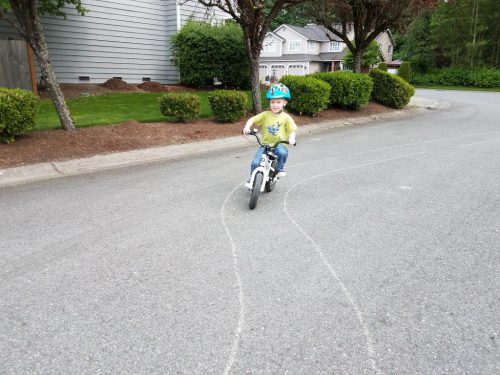 One thought on “Chalk Roads”