I enjoy a Chipotle burrito every now and then, and I always get their barbacoa beef. For the Super Bowl party, I finally got around to attempting to make something like it myself. I picked up 6.5 pounds of chuck roast from the butcher and plopped it in the slow cooker for about 8 hours. It was so good! This one is going into our regular rotation. Below you’ll find the recipe that I used from Genius Kitchen, modified just a little bit:

I’m two months behind Luke, but I just had my 500th different kind of beer. Oddly enough, it was a bottled beer from Red Hook. Living just a couple miles from the brewery, I regularly have bottles of their beers and I’ve been through most of the stuff they have on tap too. But I was at Tim’s house and had their American Pale Ale for the first time. It was launched last summer.

I still enjoy trying new beers, but I think the next 500 will take longer, not because of a shortage of new beers, but because I want to enjoy some of the best ones that I’ve found along the way to 500.

And if you like trying new beers too, feel free to send me a friend request on untappd.

I love shepherd’s pie, but mostly I love the idea of it because I rarely make it. The other weekend, I finally decided to look up an easy version of the recipe and I found this one from Food.com. I cheated and used packaged mashed potatoes and it worked fine. Real would be better but that’s a lot of work. 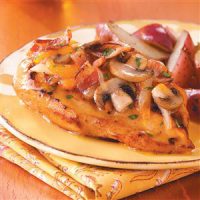 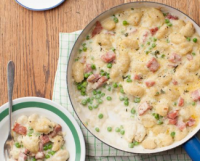 We have been making some new recipes lately so for the next three days, I’ll share some of the best ones with you.

The first is a great, quick weeknight recipe and it would be a good way to use up some of those ham leftovers after Easter. (via Food Network)