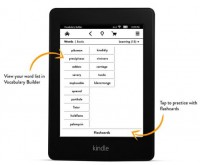 I love the dictionary feature of Kindles and find that I’m much more likely to look up a word using the Kindle than I was when I read paper books. I’m not sure how much my vocabulary has actually expanded, but I can pretend that I’m learning something.

Newer Kindles keep a list of all the words that you look up in the dictionary while you are reading. Here are some of the words I’ve looked up.

The list goes on, but I’m starting to have flashbacks of the ACTs. Also, I don’t remember the definitions to most of these so apparently it isn’t working very well. The Kindle does have a feature that builds flashcards out of this word list if you really want to get serious about it.

This blog has been running every (week)day since July of 2002. Along the way, I’ve been collecting the posts, the moblog/Instagram photos, and the tweets into books which cover one year each. I just finished off the books for 2012-2014 and this is getting to be quite the pile of dead tree. Most of the recent books are around 600 pages each. As I’ve said before, I don’t really think anybody is going to buy their own copy and probably they won’t even be read, but it’s kind of fun for me to have them sitting on my shelf. If I keep this blog up for the next 30 years, this is going to get a bit ridiculous though.

But imagine opening a trunk somewhere and finding a daily journal from one of your great great grandfathers. That would be pretty cool right? Unfortunately my descendants will be a bit disappointed when they read some of the drivel here, but still, there might be something that makes them read a few posts.

Or will books just be a novelty at that point? Would it be better to save these off as PDFs? How on earth would you make sure that a PDF file got handed down to your great great grandchild? How do we even pass this stuff down to our kids? I have 3.2TB of data backed up to CrashPlan right now. Is Elijah really expected to sift through that and find the good parts? I have no good answer to this. Instead, I offer you pictures of my custom dead trees. 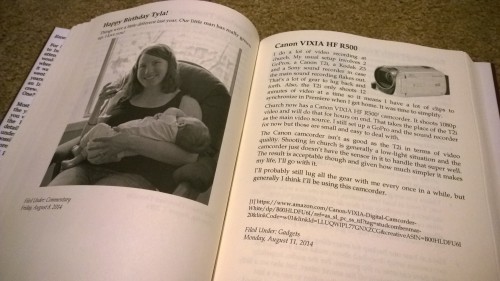 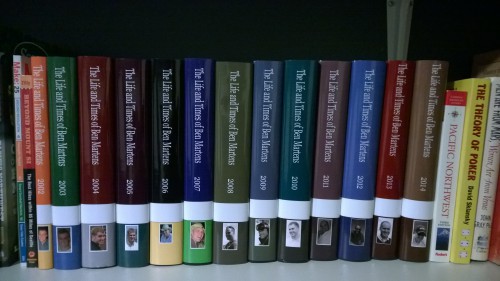 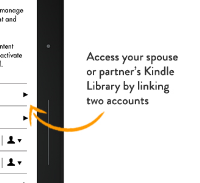 Tyla and I get most of our Kindle books from our libraries awesome digital section, but every once in a while, there are some specific books that we end up buying. We each have our own Kindles tied to our own accounts, so sometimes that has meant buying a book twice and that’s annoying.

To address this exact situation, Amazon has launched the Kindle Family Library. You can now specify one other adult as your partner and you can see all of each other’s books!

It can be a tad bit tricky to set up and manage if you have older devices but the newer ones handle it beautifully. Amazon has a help page that describes what each version of the Kindle is capable of in regards to this feature.

We don’t use this often, but when we do, I love it!

I’ve been reading some fantastic books lately, but I realized that I haven’t written a lot about them. The three best ones in the last year or so are:

1) The Kingkiller Chronicles by Patrick Rothfuss – I’ve already written once about this trilogy. The only negative point is that the third book isn’t finished yet and the first two were so good that it’s almost physically painful to wait for the third one! I heard someone say, “If you haven’t read these books or you didn’t like it, then you’re not my friend.” I won’t go quite that far, but this is one of my top three recommendations right now. You can listen to an interview with the author on the Triangulation podcast. (2,581 four and five star reviews on Amazon)

2) The Martian by Andy Weir – Technically I suppose this is sci-fi but it’s set very close to present day and is based on as much current science as possible. Tiny spoiler but in the first page or two, you realize that an astronaut gets stranded on Mars (they think he’s dead) and then he has to try and survive. It’s a bit like Robinson Crusoe on Mars. You can listen to an interview with the author on the Triangulation podcast. (4,271 four and five star reviews on Amazon)

3) Mistborn Trilogy  by Brandon Sanderson – This one is the most heavily fantasy/sci-fi of the bunch but it’s another solid recommendation. The basic concept is that there are a small subset of the population that can use various ingested metals to have a single simple super-power and an even smaller group can use all of the super-powers. The setting is a pre-technology world with an evil overlord and there are rumblings of a revolution which most people think is impossible. If I didn’t have so many other pressing responsibilities in my life, I could envision binging on three straight books. Fantastic storytelling! (980 four and five star reviews on Amazon)

If I had to pick just one book to recommend, it would probably be The Martian because it probably appeals to the broadest swath of readers. Or you can just wait a few years for a movie to come out. After the success of Gravity, I don’t see how they won’t make a movie of The Martian. Do yourself a favor and read it now.

I admit to being a Bear Grylls fanboy. I’ll watch just about anything he does, or at least give it a try. He has quite a few books so I decided to look at one. Meh. It’s really not very good, but there were three thoughts from the book that have really stuck with me.

The book is called A Survival Guide for Life: How to Achieve Your Goals, Thrive in Adversity, and Grow in Character. I can’t really recommend it if I can remember and act on even one of those three things then it was worth a read.