There are millions of apps for Android, and some of them are so useful that I think they’d even be nice to have on my desktop. It turns out, that’s not an impossible task. There are a number of Android emulators.

I searched around for a while and settled on BlueStacks because it was free and generally rated well. Once you get it installed, it basically launches a tablet in a window. You can connect to the Google Play Store (or Amazon Underground) and install apps just like you would on your device.

There are a few drawbacks though:

The bottom line is that if you’re doing reviews of apps or have some very specific need for running an Android app on your computer then yes, it’s possible. But otherwise, it’s probably more frustration than you want to deal with. 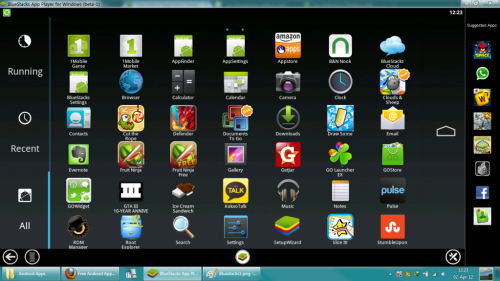